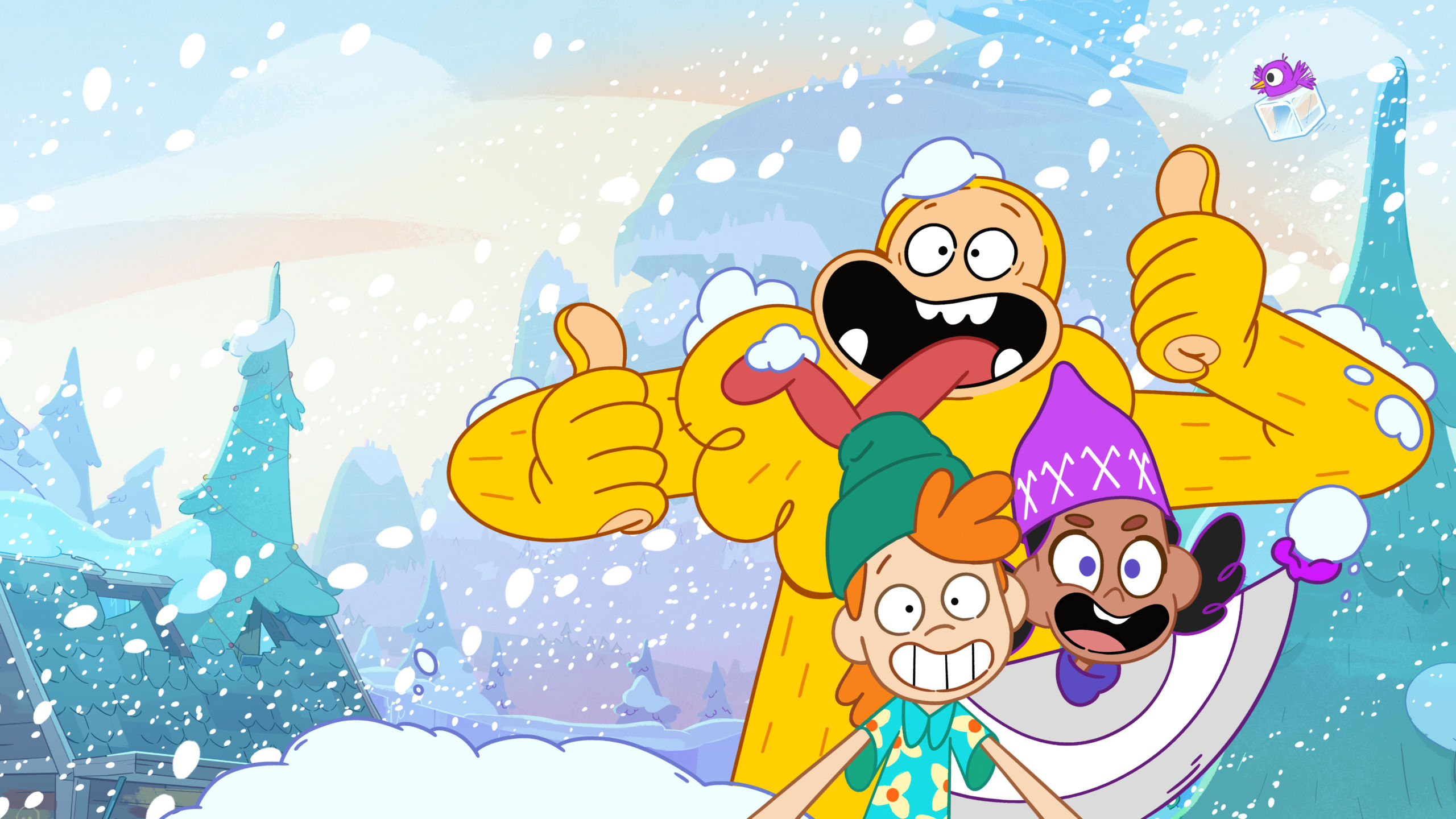 The idea for The Unstoppable Yellow Yeti is inspired by the experiences of director Joonas Utti, growing up in a rural small town in Finland. When Joonas was 12, his family hosted a Costa Rican exchange student. He did not fit the mould but coloured life with vibrance! The friendship opened Joonas’ eyes to experiences he only dreamed of & they remain best friends even today.

In the series, 12-year-old Osmo and his dad move from the beach to live with their distant cousins in the quirky town of Winterton, where it snows all-year-round, and monsters are strictly forbidden. While exploring his strange new home with his no-nonsense cousin Rita, the two of them form an unlikely friendship with a 6 ft tall yellow yeti called Gustav – who is an unstoppable giant goofball. Together, the fearless cousins help keep Gustav hidden from Osmo’s monster-loathing uncle, the bureaucratic Mayor Chrome, while exploring all the adventures their frozen home has to offer.